What Makes Us Love Our India 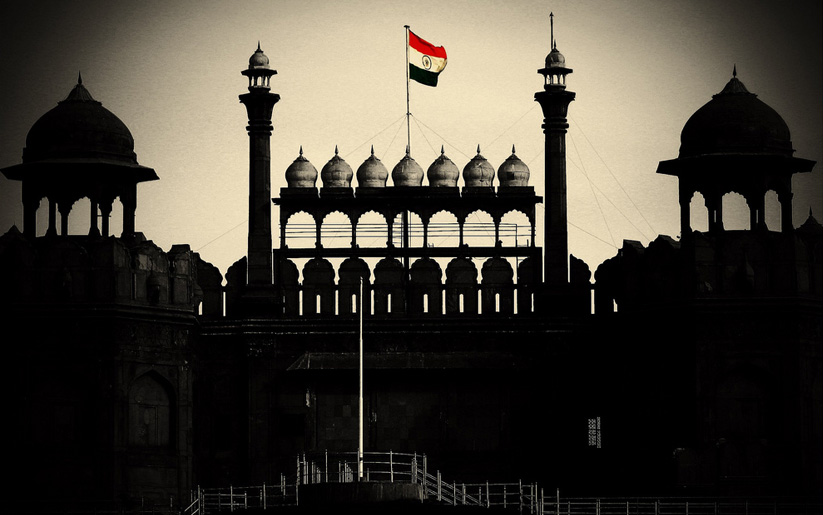 Republic Day holds a special place in Indians’ hearts. It’s a much-awaited holiday, after all. For many of us, we are woken up in the morning by our parents to catch the R-Day parade on Doordarshan, but if you’re living on your own, it could mean sleeping in and ordering a late pizza. It’s a long weekend and many of my friends are already on their way for a weekend getaway. I fall in the category of people who switch their TV on excitedly to watch colourful parade, tableaux and award ceremony – a routine that I’ve been following for as long as I can remember.

Sure, this day is special and incites a deeper feeling about being an Indian. On this day, I'm thinking about some things that make us uniquely Indian, that we do better than the rest and some things that happen only in India. On the 68th Republic Day, let’s take a look at what makes India and us Indians apart from others.

1. Festivals, festivals and more festivals...we love them and we embrace each other's festivals Ours is a traditionally & culturally rich country and we celebrate all kinds of festivals together. These festivals are all about colors, lights, celebrations with relatives, sweets and of course lots of food! Holi, Diwali, Ganesh Chaturthi, Durga Puja, Pongal, Navratri, Raksha Bandhan...bring them on! I was recently in Paris and was surprised to hear so many French people ask about Holi...turns out they think it’s fascinating...

2. It’s a traveler’s haven - each state is a mini country in itself Where on one hand we have Kerala’s backwaters, we also have desert on the other. There’s no dearth of tourist hotspots within India. Beautiful beaches, islands, ocean, snow-capped mountain, deserts, historical monuments – you’ll find everything here in India. I love that we are such a culturally diverse and rich country!

3. We are the unopposed kings of jugaad Jugaad was a trendy word and now people are saying it isn’t so but I love the fact that we (Indians) are jugaadu.

No one does jugaad better than us Indians. Innovation is the key to excellence in this fast-moving world but I love the fact that not having an adequate budget or infrastructure hasn’t stopped us from finding a way, we simply innovate. We have made bags from potato and tapioca that look exactly like plastic bags, self-repairing roads from 60% fly-ash and 40% cement, low-cost prosthetic limbs from cane, no-fuel plough, a mechanical tree climber, an ideal garbage bin that meets India's waste management needs and a number of other such inventions.

4. We love to bargain for everything We are also born bargainer – from Ferragamo to the fruit vendor - we don’t distinguish, we’ll just ask for a discount and hey it’s only valid to do that! Haggling with shopkeepers is our favorite hobby, no one can beat us on that! We *always* find a way to get deals and discounts online because paying full price for anything is so old-school... The thing that’s worshipped next to God is cricket, closely followed by Bollywood. Think Sachin Tendulkar and Shah Rukh Khan in this case! The fans sometimes get crazy to an extent of getting a tattoo of their favorite star! Would you do that for your favorite cricketer or actor?

6. Our moms are melodramatic!

I haven’t known any mom who doesn’t freak out at the bat of an eyelid! We understand that moms are caring and worry about every single thing, but Indian moms just take this worrying to a whole new level...especially close to exams, marriageable age, wedding, bacchas, eating or not eating...you get the picture, which is why we love our moms so dearly!

We love all those crazy cricket fans, our jugaad scene and of course, we love all of what our beautiful country has to offer to us and to everyone else!

Treat yourself to an eggciting Easter Sunday

6 Things You Should Do Before The Year Ends

How Grocery Delivery Can Save You Money!