What The Women in GoT Teach Us About Leadership! 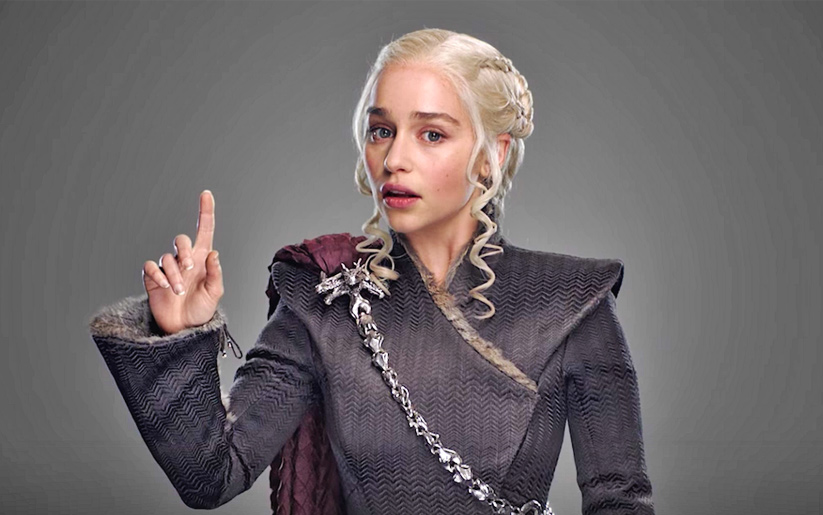 The fact that Game of Thrones is hugely popular shouldn't come as a shock... and the widespread dismay that this seasons has just 7 episodes only suggests how hooked we all are. Now that season 7 is over, we'll have to wait two long years for the Great War!

If you've watched the show very closely, you’d know that there are clearly some legit leadership lessons that the characters impart. Now, we don't know yet who'll eventually end up at the Iron Throne, but there are a lot of things to learn from these women of Game of Thrones...

1. Knowledge is a lifetime pursuit

From the time she was given her own sword, she’s been training all throughout her journey. First from Syrio Forel, the master sword-fighter, and now that she’s back at Winterfell, she still wants to know it all about sword-slinging from Brienne of Tarth.

Knowledge never stops at any point even when you attain the topmost position. It’s an ongoing process – the more you learn, study or read, the more you evolve – in a better way! To run a company and be a better leader, you need to constantly learn. Business magnate Warren Buffett was once asked the secret to success, he pointed to a stack of books and said, “Read 500 pages a day. That’s how knowledge works. It builds up, like compound interest!”

Arya’s boldness in challenging gender stereotypes is very refreshing and she also gets the support of her father and brothers. Her journey after her father’s execution takes her through many new experiences. She faces new challenges with brilliance and adapts as needed to hold on to life and her freedom.

Arya is the epitome of women who take on traditionally male-dominated industries, e.g. technology, investment banking, accounting & finance and aviation to name a few. Women in these fields constantly challenge the stereotypes and define what works for them as individuals to be successful in their respective careers. To be a successful leader and to make a mark, you need to break certain stereotypes surrounding women – you need to break free!

Arya is one of the few characters who’s suffered a lot! For two seasons, she was away, travelled to far places, learned how to fight & survive. She’s planned her revenge with her list of people to kill for long but waits for the right time to do so. Patience is the key to her success, till then she focuses on her list every night.

An odd parallel to that is the focus on building a company or accomplishing anything tough that you set out to do. It takes time and almost a single concentrated focus on your goal (like Arya’s list) to accomplish. Rhonda Byrne, the author of "The Secret" talks on the same lines in terms of repeating what you want to accomplish to yourself again and again. It takes years to build a company and make an impact on people. Most successful ventures are a result of patience and perseverance... and patience is very important while working your way up.

Sansa started off as a naive teen not knowing of her own fate. Towards the end of season 4, she adjusted her attitude and image to match with the conniving nature of master planner Petyr Baelish aka “Littlefinger”! It is only in season 7 that we see a leadership side of Sansa. Seasons prior to this showed all the struggles and challenges that have transformed her into an admirable woman.

This type of adaptation and re-branding is sometimes necessary for a failing business. Taking an assertive, active role in your destiny will help your business flourish, especially when it encounters challenges on its way!

In Cersei’s own words, “When you play the game of thrones, you win or you die. There is no middle ground!”... She gives us an important life lesson here: Never do something half-heartedly, because, at the end of the day, it's all or nothing! In the season 6 finale, Cersei set off a massive explosion that lay waste to her enemies.

The best leaders show passion, commitment and dedication. They put the organization first and are willing to make personal sacrifices to achieve group goals. There are still a few who do commit fully but do not get to the top. Commitment is prerequisite!

Everyone's favorite queen on the show obviously imparts many lessons that we can learn from:

Great leaders have great advisors and know when to listen. One of Daenerys' best leadership skills is surrounding herself with the wisest advisors possible. Before making a decision, she always listens to everyone's inputs and relies on their knowledge & experience.

If you have a great mind for strategy but a little idea of operations, you need someone with wisdom and experience in that area. Good leaders seek out advisors who are strong in the areas they struggle in. The point is to seek out those whom you respect and listen to everything you can.

7. A leader is only as good as her people

Daenerys makes it a point to listen to and be available for her people. She has freed slaves, given rights to those who had none – all because she knows that her position as a queen is built upon faith & trust of her people.

Leading others is a symbiotic relationship. They rely on you for vision, guidance and being the front line when hardship falls. You rely on them for tactical execution, new creative ideas, valuable input and hard work. Maintaining this relationship requires knowing your people and fighting for them.

We would like to hear your views on these opinions and thoughts on other leadership lessons we can learn from. Do tell us in the comments section:

These Mythical Mentors and Where to Find Them!

10 Ways to Save Money on Beauty Products

How to Throw a Bachelorette Party on a Budget!